True separation anxiety in dogs is relatively uncommon as similar symptoms are often displayed due to boredom and frustration at being left behind when their owners leave the house.

Separation anxiety is a strong over attachment to a person or persons that leaves the dog emotionally unable to cope when parted from this person. When dogs become destructive the majority of the damage will be caused during the first 15 – 20 minutes after the owner leaves and is often aimed at the door through which the owner leaves the house. The company of another dog will make no difference as only being reunited with the owner will remedy the situation.

These dogs are usually extremely clingy to their owners in everyday life, following them around the home and not wanting to be out of sight for even a few seconds. It used to be thought that rescue dogs can be very prone to developing this kind of anxiety as they often quickly form very strong attachments to their new owners, but recent research has shown that they are not actually any more likely to become distressed at being left home alone than other dogs.

Puppies leaving their littermates for the first time need to be taught to be able to cope with isolation as this is not a natural situation for a pack animal to find themselves in, hence the vocalising and destruction as they try to make contact and reunite themselves with their pack.

When first bringing a new puppy into the home it is vital to introduce short periods of isolation to accustom them to the time when inevitably they will have to be left on their own. Using an indoor cage for this purpose, if introduced correctly, can make this process easier and give the puppy a place of security that it can retreat to when in need of some peace and quiet. It is important to only allow the puppy out of the cage when it is being quiet and not when crying otherwise they soon learn that the best way to get attention is by being vocal.

This applies to everything in general with puppies that they are not allowed from an early age to start demanding attention, play etc by barking as this will only escalate as they get older. The length of time that the puppy is left in the cage should be started at around 5 minutes and can then very gradually be extended as they become comfortable with being on their own. If they start to become vocal or upset during this time then go back to shorter periods and gradually extend again. 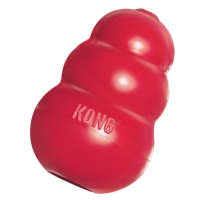 The use of interactive toys such as a stuffed Kong can also help to keep them occupied during this time. When releasing the pup from the cage do not make a big fuss of them. It is important to remember that young puppies need to toilet much more frequently than an adult dog and it is unfair to expect them to be confined for longer than they can comfortably hold themselves. With some careful planning from an early age you will end up with a pup that can be left for short periods of time without becoming stressed or anxious and who learns to settle quietly.

For older dogs that are unhappy with being left the process is much the same. Providing some exercise before they have to be left can help a dog to settle and feeding them a meal so they have a full stomach can also encourage them to feel sleepy. Try to keep your leaving routine to a minimum, putting on shoes, coats, collecting keys etc as these are all indicators to an anxious dog that they are about to be left alone.

Leave the house without making a fuss of the dog as going from this to isolation is difficult for some dogs to cope with. Similarly avoid giving the dog a big fuss on your return, save your greeting for when you have been back in the house for 10 or 15 minutes. As for puppies gradually build up the time that the dog is left for. It is very important initially to only leave them for periods that they can cope with and to work on this at a pace that is suitable for your dog.

For further help you should contact a qualified pet behaviourist who can assess your pet and implement a training program. We have a qualified behaviourist available at our Lydd branch who is happy to help with a range of canine behavioural problems and basic training issues as well as other contact details of pet behaviourists in the area.