A member of the public brought in an injured duck to our Tenterden branch, that had been involved in an RTA. 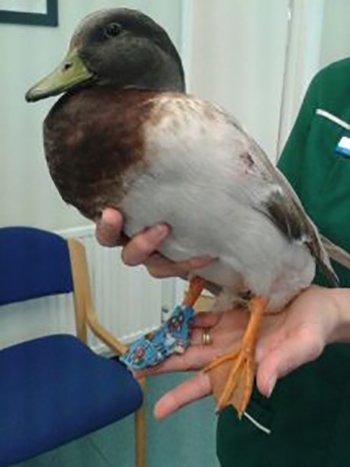 She had suffered concussion causing trauma to her left eye and face. She also had a cut on her tummy exposing her organs. Esther our vet, assessed her and gave her some painkillers and antibiotics. She cleaned up her wounds and placed an intravenous cannula in her leg to administer fluids. Once she was stable she was given an anaesthetic, all her wounds were cleaned and sutured. 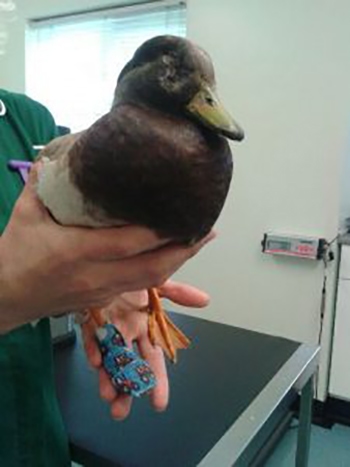 Tenterden decided to name her "Primrose". Primrose continued to have fluids administered overnight with some glucose. The next day she was quacking at us and was much brighter. We contacted the RSPCA Mallydams Wildlife Centre, who collected her to care for her until her wounds are healed.