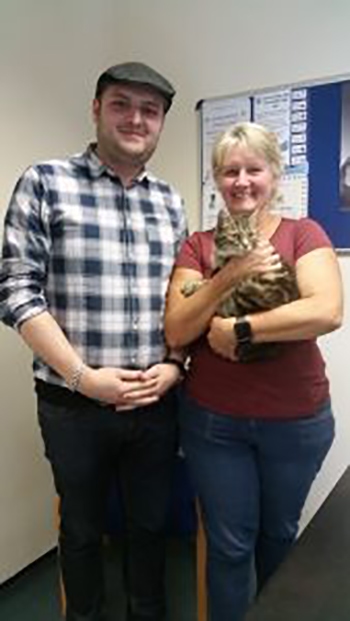 Rusty the cat was found and looked after for three weeks by concerned members of the public.

After checking with all their neighbours and feeling confident Rusty was not just visiting from a near by house they kindly brought him in to us at Kingsnorth Veterinary Centre to check for a microchip.

Fortunately Rusty was microchipped and we were able to contact his owners who came to collect him today.

They were overjoyed and amazed to be reunited with him as he had been missing for three years!